Nearly 5 % of breast cancers are hereditary in nature. Some of the patients have a particular abnormality (mutation) in a particular gene called BRCA 1 and BRACA 2. Patients who have these BRCA mutations have a very high risk of developing breast and ovarian cancers. They are also likely to pass on this mutation to their daughters, who will be at a high risk of developing cancers. BRCA gene mutation induced tumors are more common in young patients and have a high chance of recurrence. These patients are constantly living under the shadow of the fear of relapse of cancer. One of the famous case of BRCA positivity was Angelina Jolie who underwent removal of her breasts to prevent formation of cancer.

I was privileged to recently treat a lady who showed such high spirits in spite of great adversities that I was tempted to call her the Angelina of the Mumbai. She
is a charming 37 years old mother of a 9 years old girl. She met me along with her husband in July this year. Her attire and smile was deceptive and I had not imagined that she would be wearing that beautiful smile after suffering so much.
In January this year she noticed a lump in her left breast which on investigations revealed that it had spread to her armpit also. She immediately underwent surgery where the breast lump was removed along with the lumps from arm pit. Since she was young, her breast was not removed and she underwent breast conservation surgery (BSC) under able guidance of Dr Vijay Haribhakti. BCS, also known as breast conservation surgery and segmental mastectomy is a less radical cancer surgery than mastectomy & is a good option for many women with early-stage cancers. The main advantage is that a woman keeps most of her breast.

Fortunately on pathology report, the lump had not spread to the arm pit and only breast lump showed cancer. But the hormone receptor status was negative which, is a bad sign as it indicates an aggressive tumor. She was immediately started on chemotherapy, which resulted in hair fall and a lot of other complications. She finally got a nice wig made for herself to ensure that the bald head does not demoralize her and especially scare her young daughter.

She gave a strong family history of cancers, her own mother had breast and ovary cancer while there were at least 3 other members in the family with cancer. This prompted the doctors to ask for genetic tests to check if she has any genetic causes for the cancers. The tests revealed that she

had the BRCA gene mutation, which further worsened the prognosis for her. She also has a history of severe depression and was under treatment for a number of years for the same. A few years ago she developed a vascular necrosis of the hip bone and had to undergo hip replacement surgery in her early 30s! While she was on chemotherapy, she developed Dengue and landed up with severe complications. For nearly last 10 years, she has been battling one serious illness after the other but when you see her, you cannot make out. She is always in good spirits and ever smiling. One of the key factor in her success is a devoted husband who is very caring and supportive and young bubbly daughter. Her husband comes everyday with her to the hospital and has been the rock in her otherwise stormy life.

When I met her for planning of her Radiotherapy, which is the last step in her treatment of cancer, I was inspired by her approach to life. Her radiotherapy treatment went off very smoothly over a period of one month and she did not have any side effects due to the advanced radiation techniques used for her. We focused the radiation with precision radiotherapy to the breast to ensure that she recovers well from the chemotherapy side effects and her mobility of the operated arm and the replaced hip improves, we suggested her rehabilitation therapy. She underwent regular physiotherapy, aerobic exercises and yoga. All of this helped her tremendously and her health improved fast. When I met her last week at the Cancer support group meeting, she was in high spirits and was continuing with her yoga and other exercises regularly. Her cancer seems to be under control now and we will keep a close eye on her to watch for any recurrence. 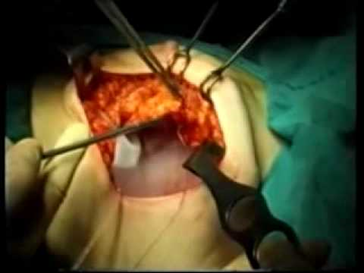 I am proud to say that she is our success story of how we are able to offer the most advanced treatments to the patients while keeping the toxicities at bay and actually improving their quality of life by starting rehabilitation while they are on treatment.